Super Duper is a 2019 Indian Tamil-language drama comedy thriller film written and directed by Arun Karthik. The film stars Dhruva, Indhuja Ravichandran and Shah Ra in the lead roles.The film is produced by Shalini Vasan under the production banner Flux Films. The music for the film is composed by Divakara Thiyagarajan and the cinematography is handled by duo Sundar Ram Krishnan and Thalapathy Rathnam.The principal photography of the film commenced in August 2018 as a short schedule. The film was theatrical released on 20 September 2019. 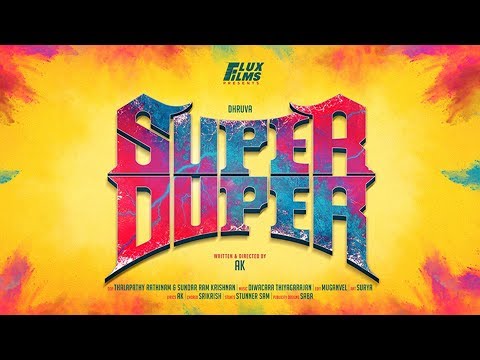