Vedalam Tamil Movie, Vedalam is a 2015 Tamil action Movie written and directed by Siva, and produced by S. Aishwarya. Vedalam Stars Ajith Kumar and Shruti Haasan play the lead roles, with Lakshmi Menon, Ashwin Kakumanu. Anirudh Ravichander composed the film\'s music and background score, while Vetri and Ruben were the film\'s cinematographer and editor respectively. Vedalam Movie Is about Ajith and his sister Lakshmi Menon come to settle down in Kolkata where she has enrolled for a course to hone her artistic skills. Ajith is an extremely peace loving soft hearted person who makes even rowdies like Rajendran like him in one instant. Kolkata is also the operating base of a high profile international criminal syndicate run by three brothers Rahul Dev, Kabir Duhan Singh and Aniket Chauhan. Ajith advised by his new house owner Mayilswamy starts working under Soori who owns a Taxi company. What happens next, Why they have come to Kolkata forms the rest of the story. 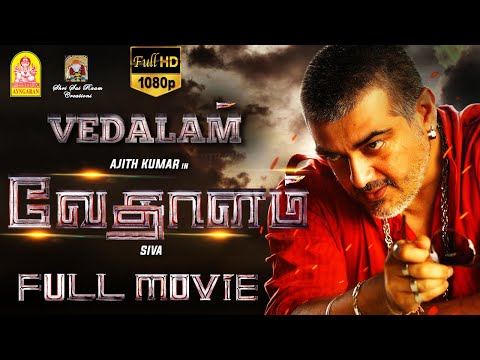